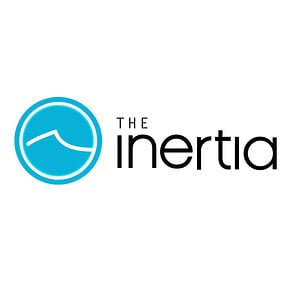 Mountain Accord was signed earlier this month. While these terms, which effectively signal the end of Phase 1 of a long-haul designation project concerning the Central Wasatch in Utah, were decided upon a little while back, the signing still marks a major step forward in the preservation of the relevant mountain range. But what does the Accord mean for skiers and snowboarders? And what does this passing of sorts mean for ONE Wasatch?

For the next two to three years, not much. Now that the contents of the Accord have been agreed upon — again signaling the end of Phase 1 and beginning of Phase 2 — researchers will descend upon the area in order to study the land and determine the best course of action. Ultimately, the intent behind the Accord is Interconnectivity. Whether you like the notion of connecting all six Salt Lake resorts or not (six after the merger of Park City and Canyons), the signing of the Accord is an undeniable step in that direction. And with regard to ONE Wasatch, it really should ease concerns. The ambitious project would surely result in more visitors to the area, but the Accord includes preemptive measures that would reduce the environmental impact of attracting this additional traffic.

The Mountain Accord, signed by business leaders, legislators, and environmental activists, includes agreements for several resorts to trade large amounts of terrain to the Forest Service in exchange for plots of land near the base of their resorts. After the exchange occurs, these resorts will no longer be allowed to expand into the public land. For instance, Solitude Resort is parting with 240 acres of land and receiving 15 acres. The added lands will be at the base, allowing for more development of their village. Other factors being offered by the government include greater municipal resources, such as culinary water. The ski resorts are trying to create a better client experience for skiers and boarders without jeopardizing the land. While these resorts won’t be expanding their boundaries into that previously-owned land, the Accord could lead to the Resorts dropping the boundaries that separate one another.

An that, boys and girls, is where interconnectivity comes in, effectively making for 18,000 skiable acres accessible through any of the six resorts of the Central Wasatch. One way of achieving this is by connecting all of the mountains by lifts, whether they be chairs or gondolas. In a statement about the recent signing of the Accord, the president and CEO of Ski Utah, Nathan Rafferty, acknowledges that the “first of three needed connections has been approved and will be completed in time for 2015-16 season (Park City/Canyons).” The other necessary connections are between Little and Big Cottonwood Canyon, and Big Cottonwood Canyon and Park City. Finally, after dropping the rope separating Deer Valley and Park City, you could ride all six resorts in one day, or at least try. Another possible means of connecting the resorts is via a light transit rail, which would mark the first use of such technology at an American ski resort.

The potential light transit rail brings us to one of the two valid criticisms of the Accord and its implications with regard to ONE Wasatch: higher parking prices. First, higher parking prices are not not guaranteed; a price hike would be just one possible means of reducing environmentally harmful transportation — the Accord also calls for a more efficient transit system between the mountains, and there is the possibility of that aforementioned light transit rail. But if you are environmentally conscious, then adapting to these higher parking prices by taking the readily available buses and shuttles (or rail) will be a worthy sacrifice.

The reason the Mountain Accord brings ONE Wasatch to the forefront of the conversation is because the proposed interconnectivity will go a long way in reducing environmental harm, the fundamental aim of the Accord. The mega-mountain, which would be the largest in North American by more than two times the resort in second-place, will undoubtedly bring more vacationers to the Central Wasatch. If you are opposed to that outcome, keep in mind that those behind the Mountain Accord are motivated by the environmental concerns associated with an already increasing amount of visitors, as well as a growing population in the area.

“Increased pressure on our mountains from inevitable population and visitation growth,” Rafferty continues, “will limit our options and lead to forced decision-making.”

So the community is taking charge and addressing this inevitable population and visitation growth before they’re stuck with their back against the ropes. Sounds like a plan to me.

Last but not least, if you enjoy leaving the safety of on-piste and venturing into the Wasatch backcountry, don’t you worry — the Mountain Accord will make sure that ski resorts NEVER expand into your favorite untouched havens.

What will become of the backcountry in Utah’s Wasatch?