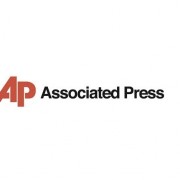 SALT LAKE CITY (AP) – Ski resorts and conservationists have approved a wide-ranging blueprint for the future of the Wasatch Mountain range, though the deal doesn’t address a contentious proposal to connect all seven area resorts to offer skiers a European-style experience.

The agreement that got a unanimous thumbs-up from an executive committee Monday aims to balance growth with preservation in the mountains that form the backdrop of northern Utah’s fast-growing urban corridor and play a large part in the state’s $7.5 billion-a-year tourism industry.

Government officials say the nearly two years of effort was worth it to create a template that balances ski industry development with conservation, The Salt Lake Tribune reported.

“What kept me at the table in moments when I was ready to walk away is knowing that no agreement is worse than the failure of doing nothing,” said Salt Lake County Mayor Ben McAdams, who co-chaired the committee.

Under the Mountain Accord approved Monday, the resorts agreed to leave untouched a total of some 2,000 acres of backcountry in exchange for U.S. Forest Service land near their bases.

Alta ski area, for example, got 160 acres at the bottom of the slopes as well as a hotel and shops while giving up expansion into some 600 acres of backcountry. Other resorts struck similar deals, though a proposal to give Snowbird access to land in Utah County’s American Fork Canyon was scrapped.

Utah County residents weren’t part of the planning process and protested, saying the area could be developed for skiers and closed the public.

“I’m a mountain climber and a cross-country skier. I don’t like the idea of a tram on the top of twin peaks between the summits,” American Fork resident Lance Harding told the Daily Herald newspaper of Provo.

He said he was glad to see the 415 acres removed. Locals hope to use the dustup to kick-start their own planning for American Fork Canyon.

Other issues were left open, including the One Wasatch concept backed by the ski industry that would let skiers buy a single ticket and hopscotch between resorts linked by trams, tunnels or rail lines.

Some backcountry skiers and wilderness advocates say the ambitious plan could damage pristine areas and the watershed.

Nathan Rafferty, president of industry group Ski Utah, said resorts still want One Wasatch but are flexible on how it will come together.

A formal signing ceremony for the Mountain Accord is expected to be scheduled in the next couple of weeks.

Nathan Rafferty was pulling into the Salt Lake airport last week just hours before boarding a flight to Washington, D.C.

As president and CEO of Ski Utah and the pro-resort representative to Mountain Accord, Rafferty was doing his duty to lobby Utah’s congressional delegation to support the tenets of the Accord: controlling development on both the front and back slopes of the Wasatch Mountains.

That means boundaries for the resorts, and for many of the ambitious plans that his group pushes, especially One Wasatch, which proposes to connect the dominant ski resorts between Park City and the Cottonwood canyons.

The One Wasatch plan is not dead, Rafferty insists. Despite the Mountain Accord’s shift to focus more on environmental issues and set clear lines of what acres can be developed and what should be left open, Rafferty said there’s no conflict between pushing for the Accord and pushing for connecting the ski resorts in some fashion.

That comes amid the build-up for the Accord’s critical meeting on Monday, July 13, of its executive board where it will decide if the plan moves forward. For Rafferty and Ski Utah, his goals focus on transportation, even though he agrees with the overall push.

“I think the ski resorts are generally agreeable,” he said.

“There are still a few details to sort through. In general, we’re supportive and there are a lot of great things that could come out of the Accord and so I’d say we’re optimistic.”

The most important goal for the resorts, Rafferty said, still is improving transportation, especially getting up both Cottonwood canyons during bad winter weather.

“We’re interested in any incremental improvement in transportation,” he said. “If it were a better bus system, we’d see that as a win. If it were something significant as a train, we’d certainly see that as a win in Little Cottonwood Canyon. We have the opportunity to move in the right direction for the future of our industry and for people who like to ski. I think it’s a good thing.”

Despite his group’s overall support for the Accord, connecting the resorts remains a chief focus. One Wasatch was introduced two years ago about the same time as Mountain Accord and addresses the interests of ski enthusiasts and resorts. Rafferty’s executive board comprises members of all major ski resorts, plus a host of business interests. Many board members have strong ties to Park City.

One Wasatch proposes to connect the ski resorts to increase the overall variety open to a skier. One pass would let a skier make several runs at any of the six resorts: Alta, Brighton, Snowbird and Solitude on the Salt Lake side, Park City Mountain Resort/Canyons and Deer Valley on the Park City side. This models some of the top ski areas in the world, especially Europe’s Alpine region.

One proposal to build a tunnel connecting Park City to the Cottonwood canyons has been scuttled by the Mountain Accord initiative. However, other ideas still live, Rafferty said. Connecting the two Cottonwood canyons certainly is possible, he said. A train could supplant the need for lifts.

“So it’s certainly in play. There are just so many moving parts to the Accord. So I think that’s always been a focus of the ski area the connectivity and it will remain to be a focus in the future.”

And there still are studies that will examine the costs and feasibilities of connecting the resorts. Even though the study is non-binding and Park City and Summit County officials insist the examination is for information only, connectivity still will be part of the document.

“The city has said they’re going to take a study and try to understand what that would do for Park City, not having any (part) actionable, just taking it slow and steady and studying it a little bit more: any kind of connectivity, and that covers a real vast array of connectivity, from going over the snow on your skis with chair lifts and ski runs to a tram.”

Many involved in Mountain Accord have clearly stated the group opposes ski lifts to connect the resorts. Their solution is to use buses or trains. No proposal in the Mountain Accord suggests connecting Cottonwood canyons resorts with Park City ones.

“The accord looked at the One Wasatch proposal which was a lift-base proposal and we did not support that as an idea,” said Andy Beerman, Park City Council member and the city’s representative to the Accord.

“What the Accord said is we think we can do this through transit solutions. We can connect our resorts via rail or bus and that’s what we’re focusing on at this point. And we’re not recommending aerial solutions as a transportation solution.”

“People don’t like it, people don’t want it. One Wasatch is about ski area connectivity with lifts, and that comes at a significant cost to the many, many other uses. It will bisect some of the most popular mountain bike trails in the area. It will fragment wildlife habitat. It will displace backcountry skiers.”

Despite the opposition, Rafferty said he has no problem working within the Accord to plan the ski resorts’ future. That’s a good move for the industry.

“I still subscribe to the fact that doing nothing is a bad option for us, for we know the population of Utah is not going remain steady. The popularity of Park City is not going to remain steady and we have a real good idea that it’s going to increase. What are we doing to make it a more livable, a better place for both residents and our guests in the future?

“So we need to be making some of these big tough decisions now,” he said, “and sitting on our hands and doing nothing is not the right decision.”